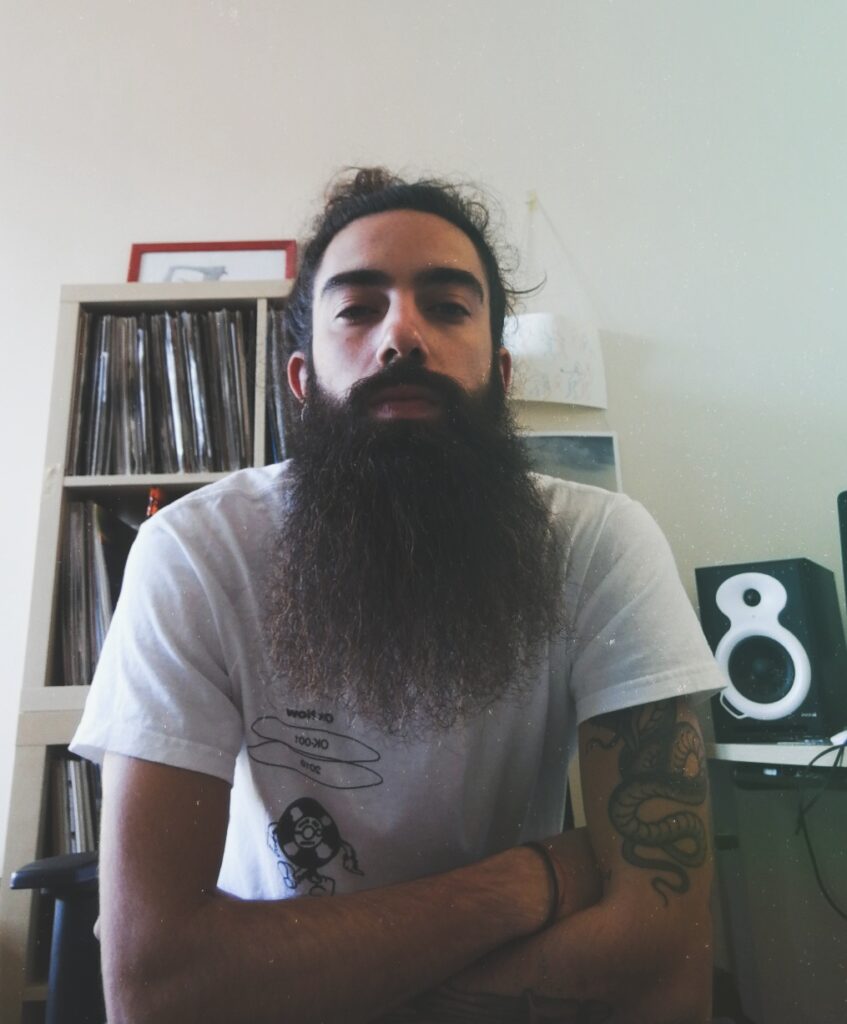 Born in Palermo and raised in Verona, Brūn’s first contact with music was at the age of 10 years old when he started playing electric bass, covering band such as The strokes, Atom and His Package, Phantom Planet and many others. During his childhood he began to develop a deep interest in music production, decided to sell his bass and buy an MPC2000xl on which he started sampling and making beats. At the age of 14, coming out from a period of baggie jeans, scratching, beatboxing and listening to 90’s beats all day long, inspired by the frequent raves that were happening in northern Italy at the time, he founded his comfort zone in the electronic field. Luckily, one day, he met Nicola also known as Nizer and then it happened…connected by the same passion in electronic music, they started playing in different local pubs. In 2015 they took the plunge and decided to organise parties in an historical venue located in the center of Verona. Despite the effort things were not going as planned, nonetheless one night they had the fortunate encounter with Michele Preda (owner of the electronic music-related spaces, Vncbrg & Cafe’ Torbido), which spotted their music addiction and invited them to perform in his “Music enthusiast space”. From there on, they became an integral part of these music family, which subsequently forged a collective that today we know as Veniceberg crew. Through a daily basis interaction with a variety of music nerds, Brūn made a special bond with two people, Omar and Jacopo , that shared the same ideology and vision as him. In 2017 they gather together in a studio and start jamming, having fun with numerous analog machine and sharing their music fingerprints. Thus resulted in the EP by Solenoid 29 (Brūn, Omar and Jacopo) released in Big Morning Records in 2018. In the last years Brūn performed in severals club and parties all around. Such as Tante Emma in Innsbruck, Coropuna in Rome for Jooice crew, in Rush and Doctor Sax in Turin for WePlayTheMusicWeLove, Masada and Gate in Milan for Soundproof and Unparty, and many others. Last year he started hosting a monthly radio show called F.O.R.M. for the famous Rocket Radio, where he brings guests from all around Italy and gives them an opportunity to fully express their musical repertoire through their records. All of this significant experience has nourished the musical concepts that Brūn incorporates and expresses through his “romantic” sets, varying from Breaks, Progressive House, Trance and Techno. Owing to the fact that his music addiction increases every year…we advise you to stay tuned;)